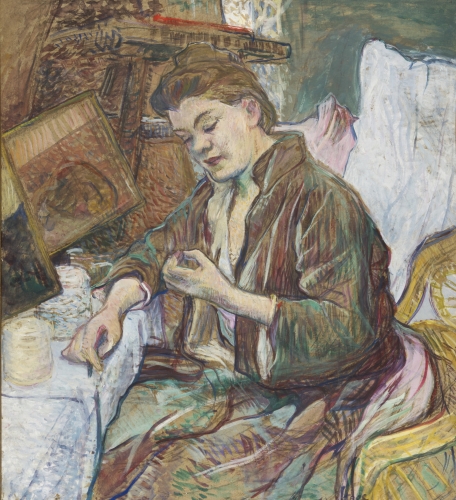 The Nahmad Collection is pleased to contribute to the exhibition Francois Depeaux, Collectionneurs des Impressionnistes, held at the Rouen Museum of Fine Arts. This exhibiton offers an exploration of the life of a central figure of the Impressionist movement: the coal tycoon François Depeaux (1853-1920).

A compulsive buyer, this Rouen industrialist owned nearly 600 paintings and drawings, including up to fifty-five Sisley, twenty Monet, but also masterpieces by Renoir, Toulouse-Lautrec, Pissarro amidst others.

A visionary collector, seeking the proximity of artists, he was the first to acquire a canvas from the Cathédrale series which he saw born under Monet's brush in 1892-1893 and became the owner of outstanding works such as Lise or L'été of Renoir (National galerie, Berlin), or even the Rue Saint-Denis, feast of June 30, 1878 of Monet (Museum of Fine Arts, Rouen).

Depeaux flawlessly supported the artists of his time and accompanied the Impressionist movement from its beginnings to its triumph, as well as ensuring its entry into public collections by endowing in 1909 its city with a collection then unique in the provinces. A donation of fifty paintings by Monet, Sisley, Pissarro, Renoir, Lebourg among others.