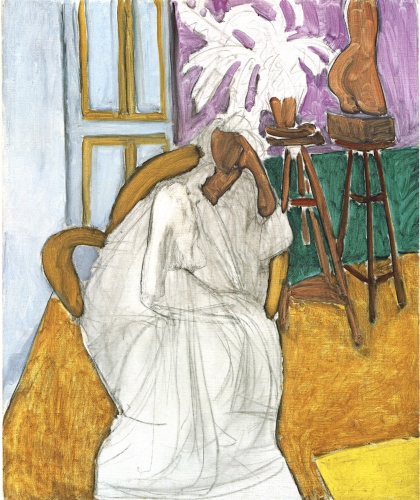 The Nahmad Collection is pleased to participate to the exhibition Matisse Métamorphoses at the Matisse Museum.
Recognized as one of the greatest painters of the first half of the 20th century, Henri Matisse as a sculptor has yet to be discovered. With eighty-four pieces produced between 1900 and 1950, this part of his work covers all periods of his artistic journey and accompanies his pictorial achievements, from which it is inseparable. Even if painting remains his main mode of expression, Henri Matisse is one of those complete artists whose multiple practice explores various mediums.

Matisse's sculpture is a work in its own right to be compared with that of the great sculptors of the 20th century who came after Auguste Rodin. The exhibition takes as its starting point the artist's method of creation and his work of transforming the figure according to serial declensions. It also shows an important collection of extra-Western sculptures from the artist’s collection, a source of inspiration, in dialogue with Matisse’s work.